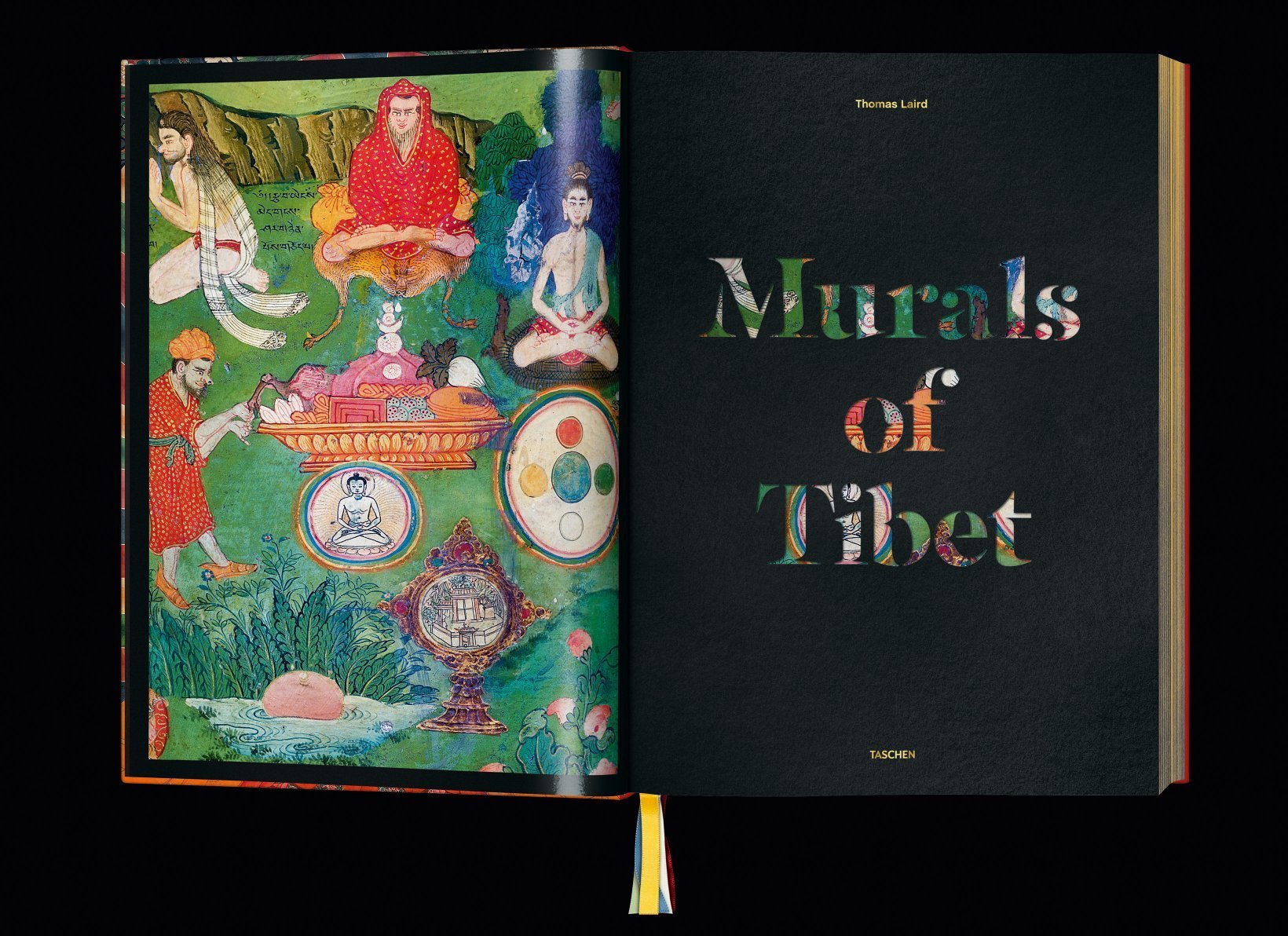 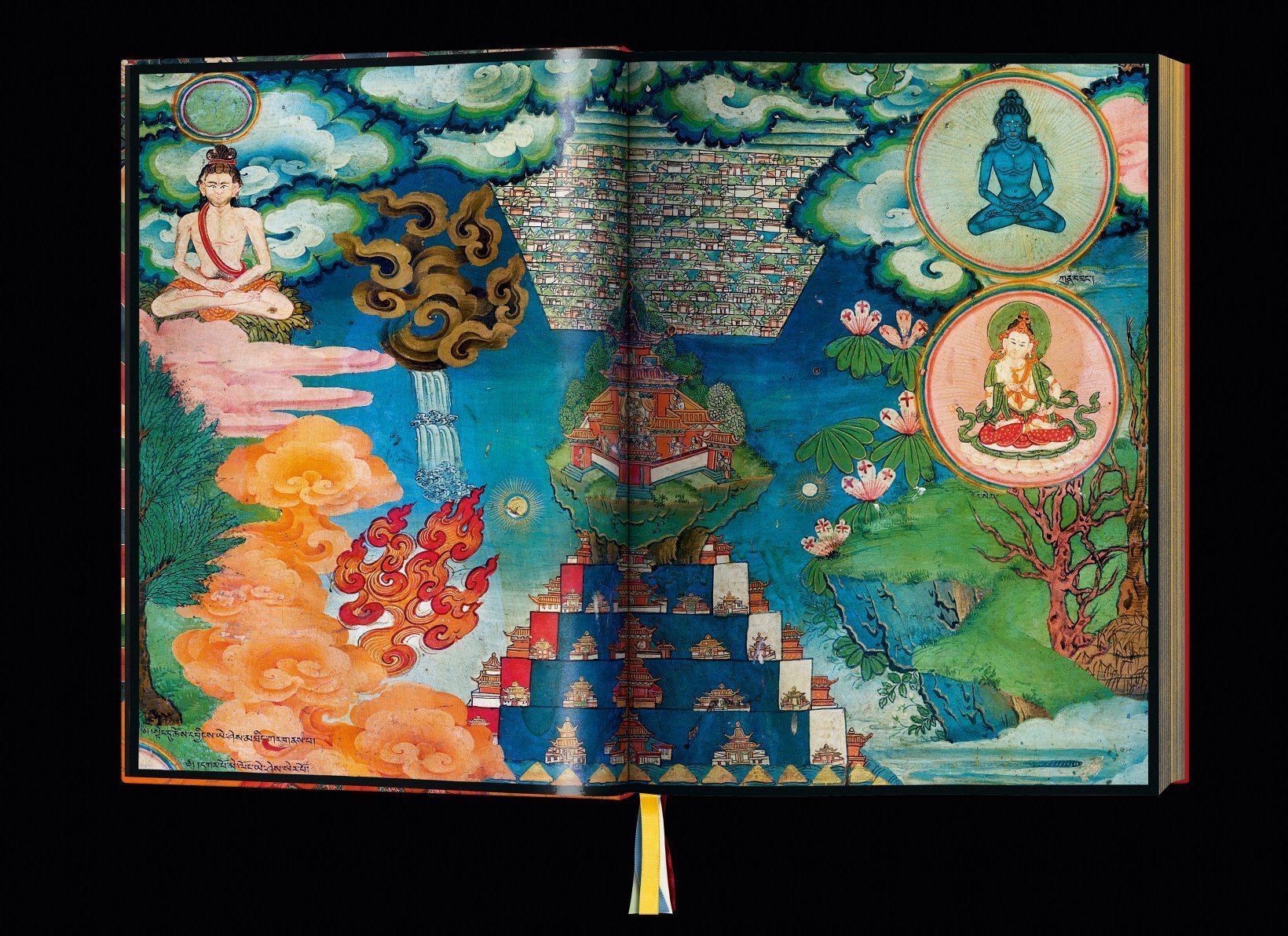 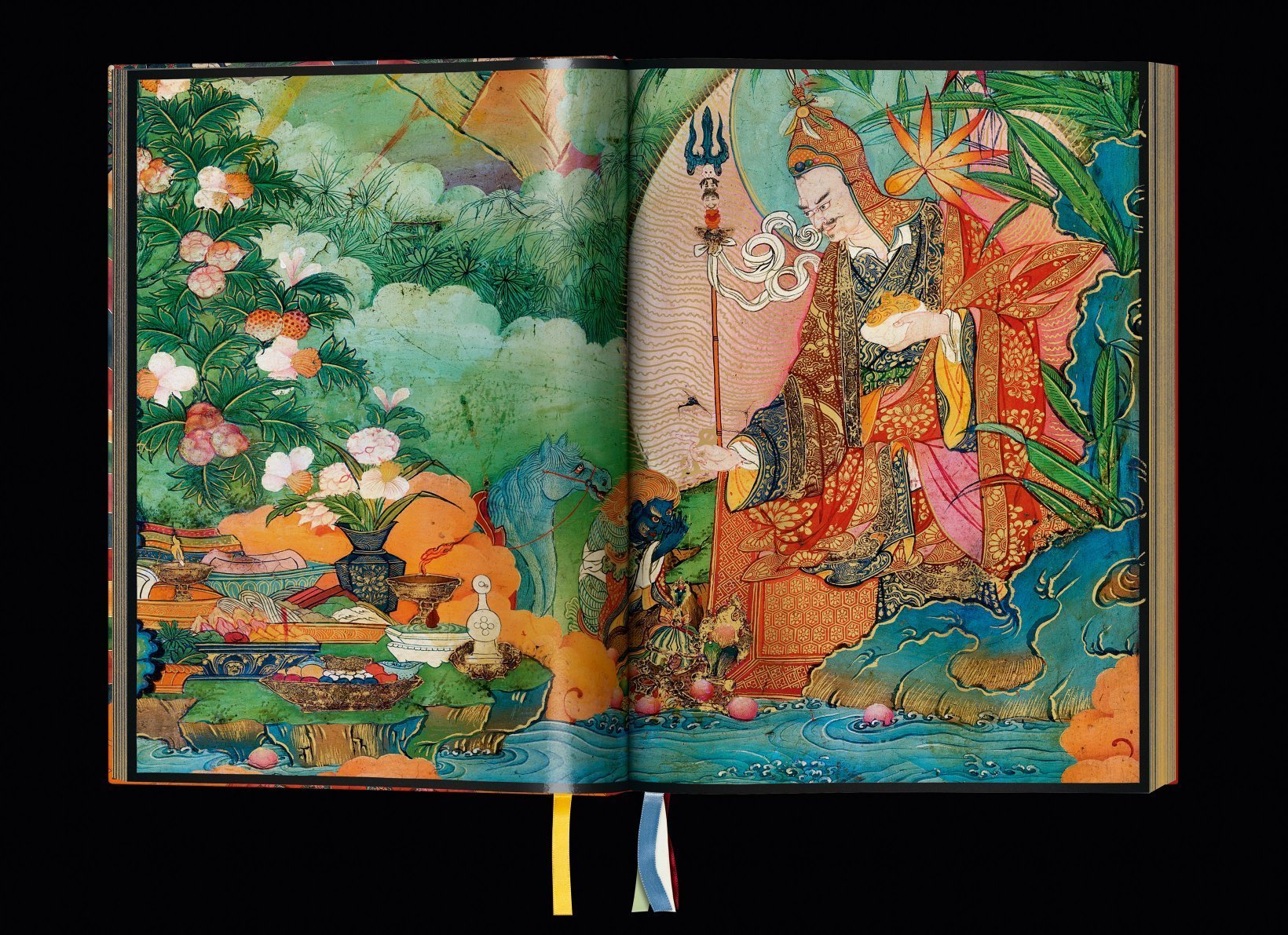 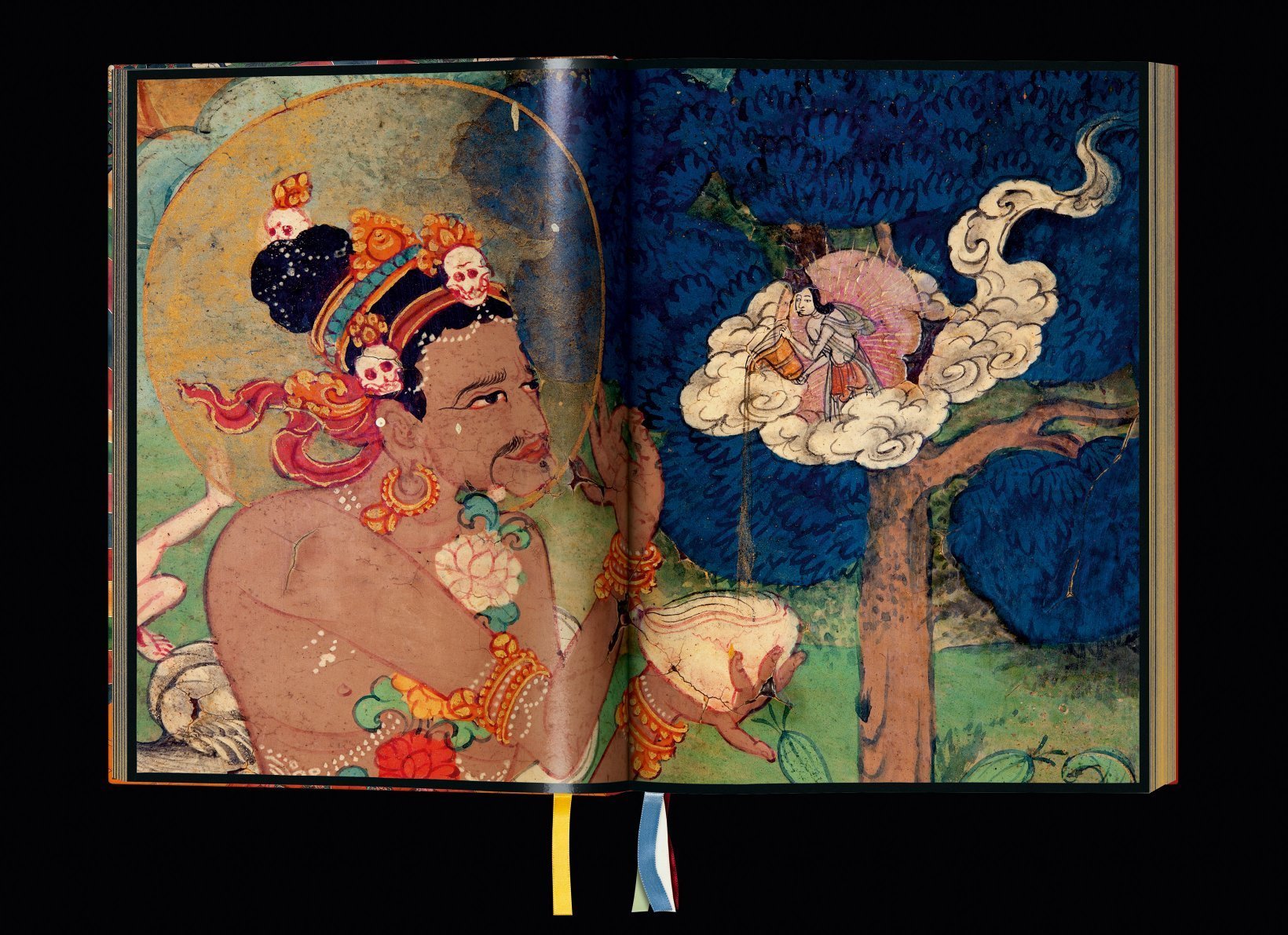 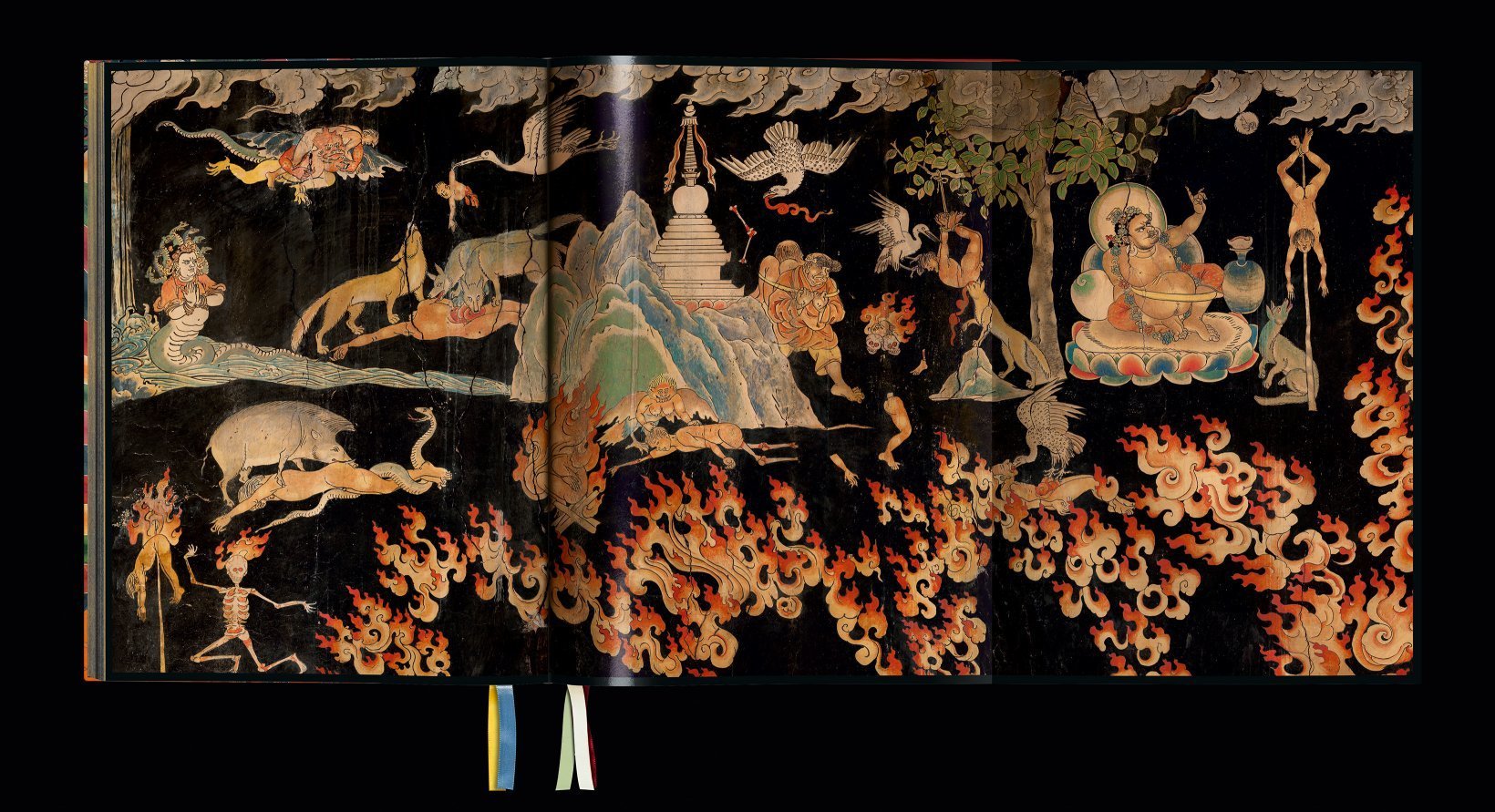 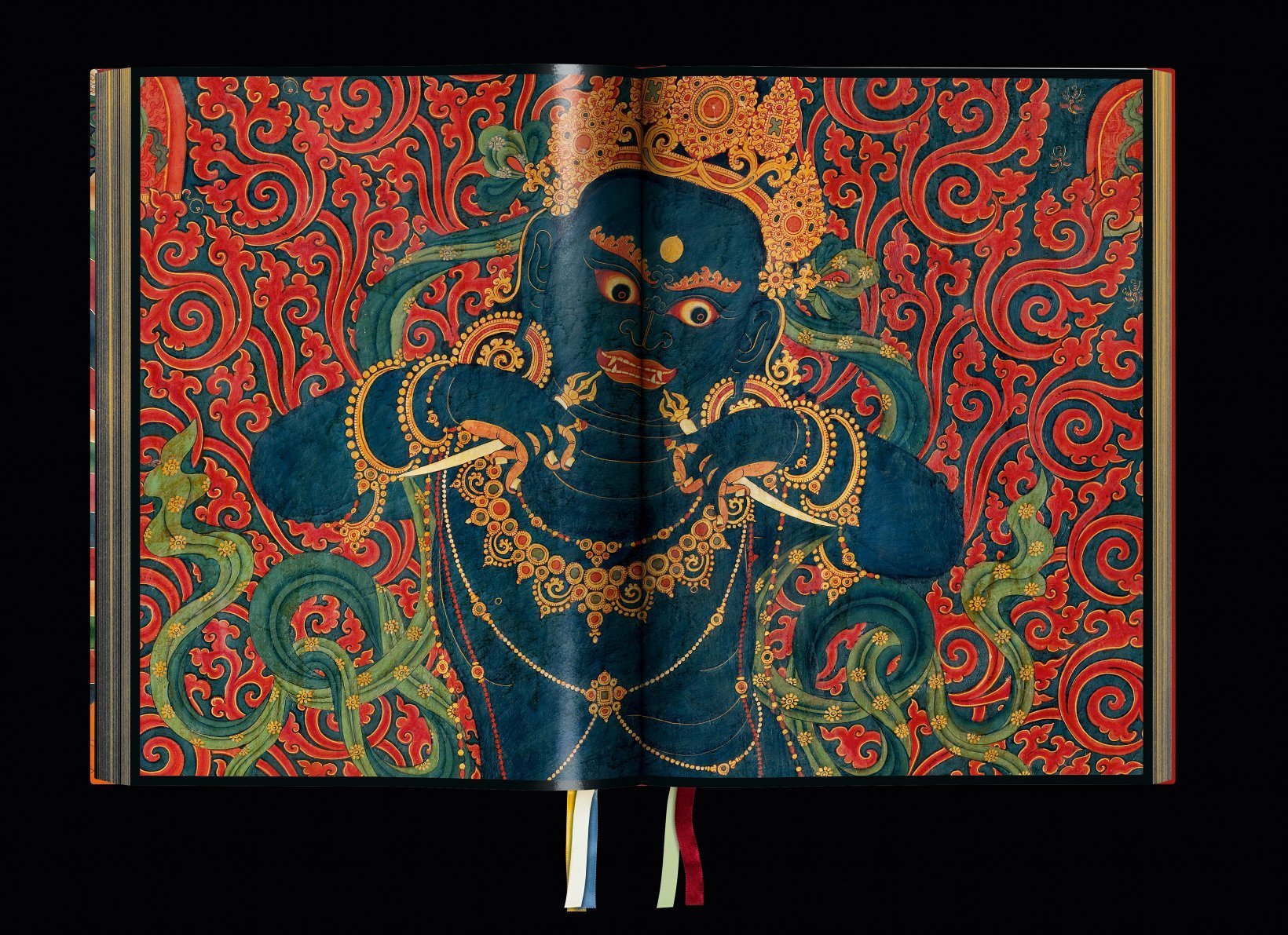 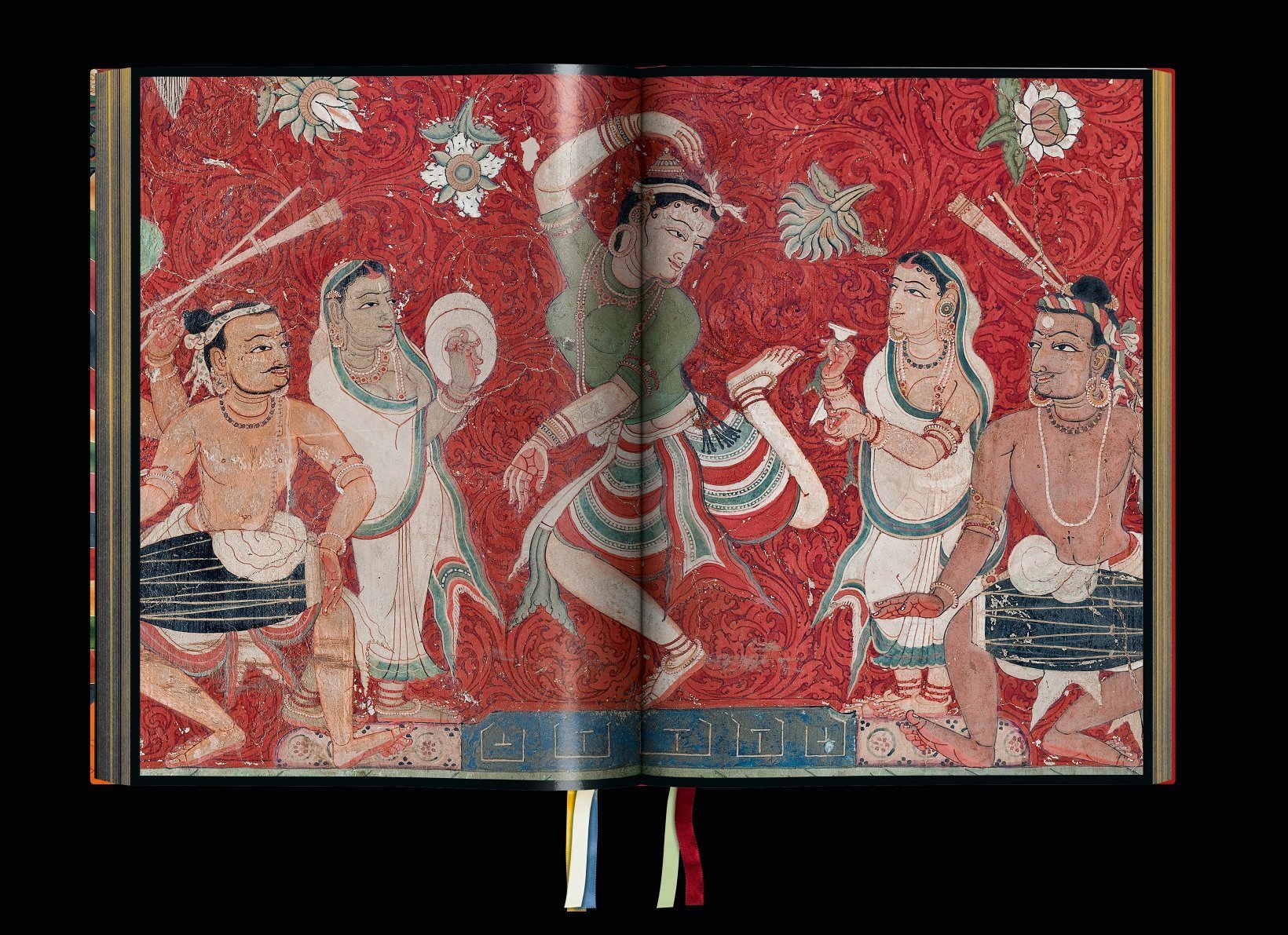 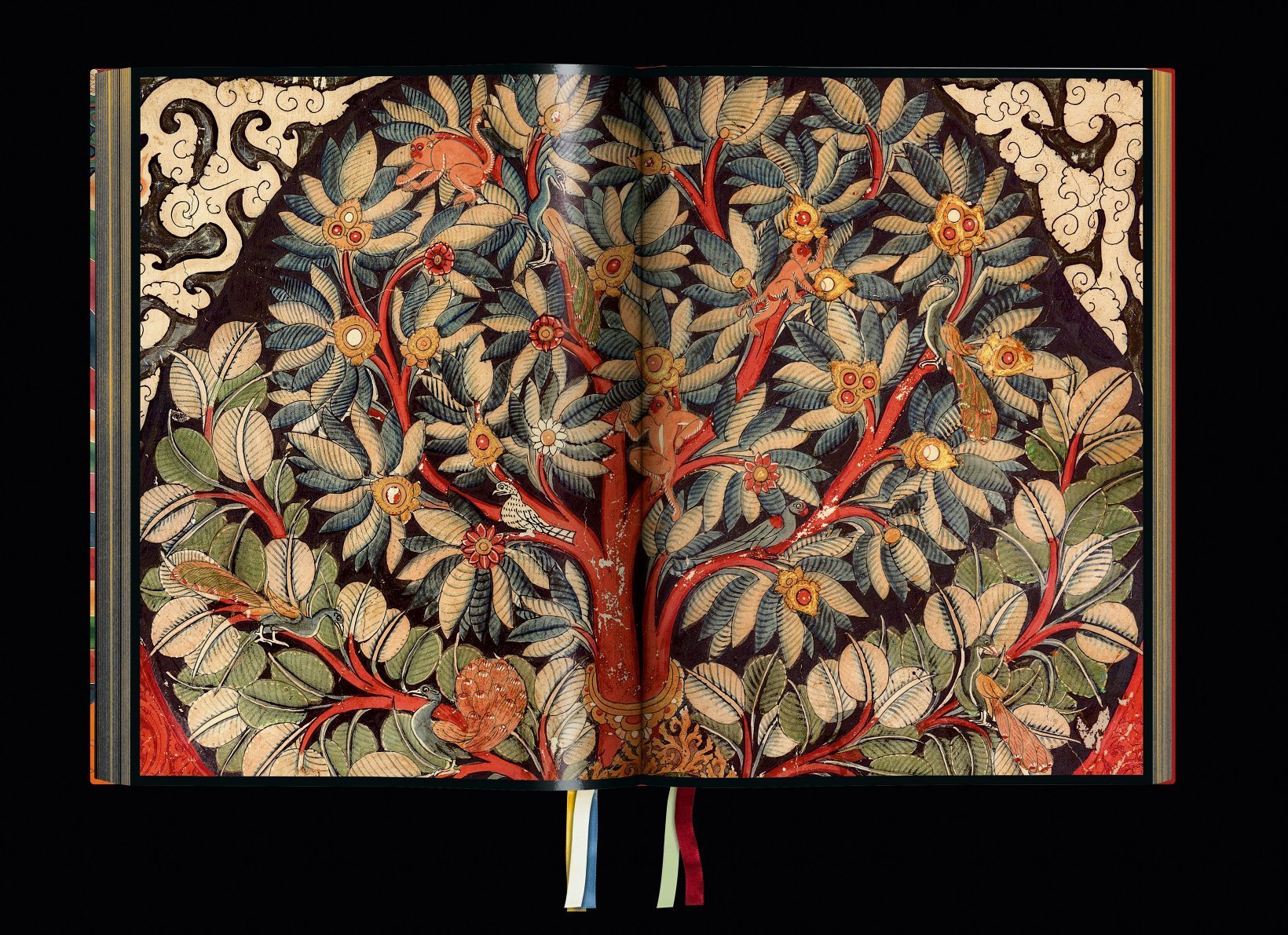 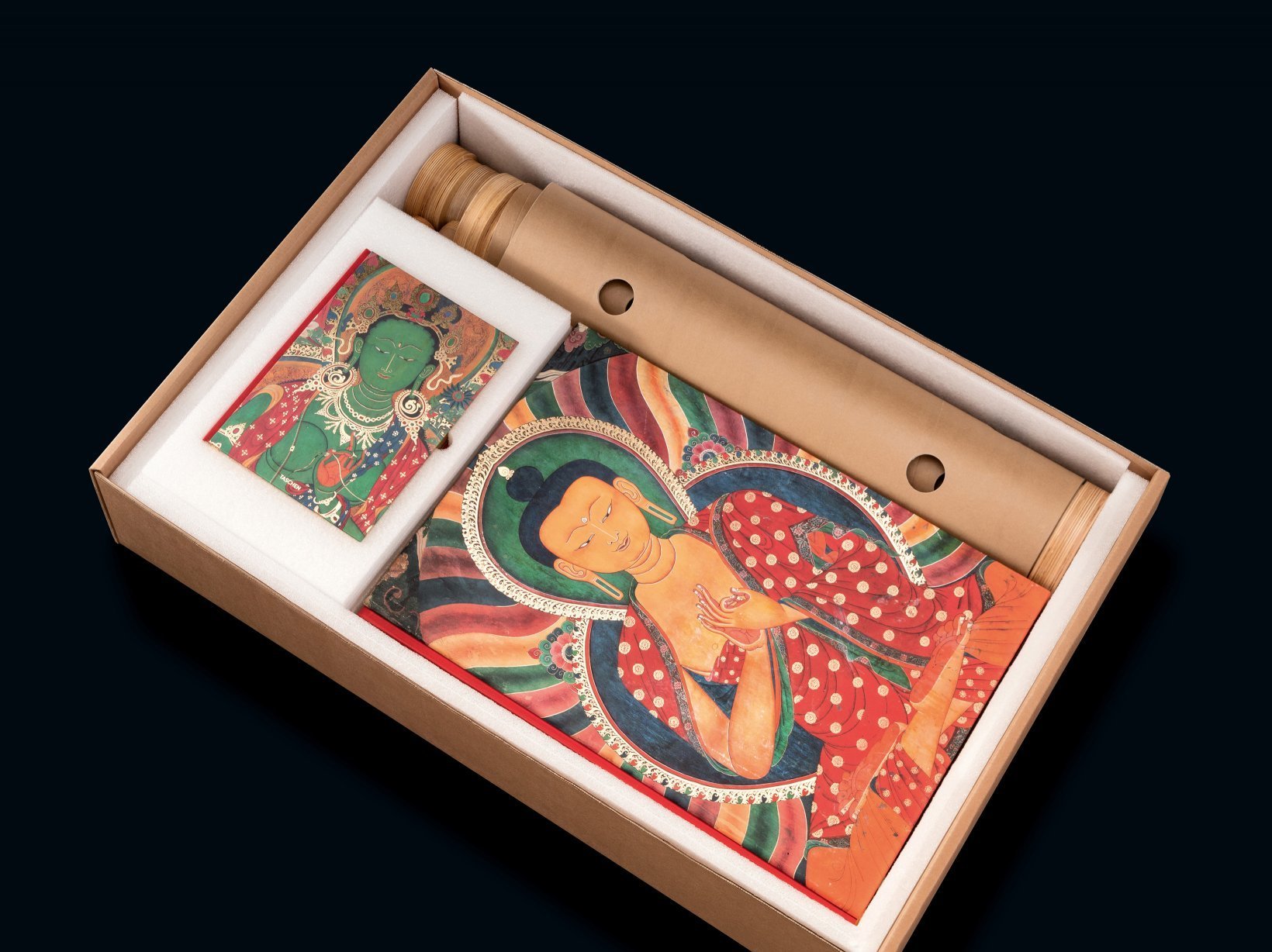 A World Heritage landmark, this SUMO-sized publication presents the most precious surviving murals of Tibetan Buddhist culture. For the first time, these astonishing and intricate masterpieces can be appreciated in blazing color and life-size resolution. Signed by his Holiness the 14th Dalai Lama, the book is a revelation for scholars, aficionados of Tibet as well as for practitioners of Buddhism, yoga, meditation, and mindfulness.

A thousand years of Tibetan mural masterpieces revealed for the first time.
Hidden amidst soaring snowy mountains, deep valleys, and desolate deserts are some of the greatest treasures of Buddhist culture and Tibetan heritage. For more than a decade, photographer Thomas Laird traveled the length, breadth, and far-flung corners of Tibet’s plateau to capture the land’s spectacular Buddhist murals in all their sublime vastness, intricacy, and their spiritual, emotional, and psychological enrichment.

Deploying new multi-image digital photography, Laird compiled the world’s first archive of these artworks, some walls as wide as 10 meters, in life-size resolution. This breathtaking publication assembles Laird’s portfolio in extra-large format with six fold-outs, printed in five colors including gold. Featuring both complete murals and copious details, it immerses readers into these precious, extraordinary masterpieces.

In recognition of this World Heritage landmark and preservation of Tibetan culture, His Holiness the 14th Dalai Lama has signed all copies of this Collector’s Edition. In the 528-page scholarly companion book, Buddhist writer and academic Robert Thurman takes us through this transcendent journey with detailed text on the murals’ spiritual significance while captions from experts Heather Stoddard and Jakob Winkler shed light on the storylines and artistic context of each image.

As his Holiness the Dalai Lama has himself explained, these murals are not just objects of beauty, but serve as points of reference and guidance for practitioners of Buddhism, yoga, and meditation, as well as for anyone seeking to incorporate mindfulness into their daily life. Binding contemporary photographic technology with ancient traditions, this book is at once a majestic art piece, a major milestone in the appreciation of Buddhism, a precious monument to Tibetan culture, and a vital source for the contemplative arts and sciences.

The photographer and author

American photographer and writer Thomas C. Laird has explored the art, culture, and history of the Himalayas since 1972. Based in Nepal for three decades, his reporting and photography have been published globally by TIME, Geo, Newsweek, Le Figaro, National Geographic, and many others. His nonfiction books include a history of Tibet written with the Dalai Lama, translated into 14 languages. From 2008, he has created the world’s first life-size images of enormous Tibetan wall murals. Fine art prints of these works have been the focus of several exhibitions and are held in both public and private collections.

The contributing authors.
Robert A. F. Thurman is an American writer and scholar of Tibetan Buddhism who holds a PhD from Harvard University. He is the Jey Tsongkhapa Professor of Indo-Tibetan Buddhist Studies at Columbia University, holding the first endowed chair in this field of study in the United States. Co-founder and president of Tibet House US, Thurman was ordained as a monk in 1965 by the 14th Dalai Lama, with whom he is close friends. He was once designated by TIME magazine as one of the most influential people, and remains a strong advocate for Tibet.

Heather Stoddard is a semi-retired professor of Tibetan literature, history and language at INALCO in Paris. Born in England, she studied Chinese and Tibetan at SOAS and the Sorbonne, becoming one of the first scholars to study modern Tibetan intellectuals. She has authored several essays and books on the history of Tibet, including The Beggar from Amdo, the definitive biography of monk and polymath Gendun Chophel, and Tibet from Buddhism to Communism. She writes extensively on Tibetan literature and art and has traveled annually to the Tibetan plateau for over three decades. She lives today in Oxford, UK.

Jakob Winkler is a scholar, translator, editor, and teacher in the field of Tibetology and Buddhism. He has studied and practiced Buddhism since the mid-1980s under various masters. Winkler’s main teacher is the Dzogchen master Chogyal Namkhai Norbu, from whom he received authorization to teach dharma in 2002 as a Santi Maha Sangha instructor. He is one of the few Western experts of Dzogchen and has contributed fundamental research to the understanding of Lhasa’s Lukhang temple, being the first Western scholar to identify Pema Lingpa’s treasure texts as the source for its murals.

The designer of the bookstand.
Shigeru Ban (born in 1957) attended the Tokyo University of the Arts, SCI-Arc in California, and the Cooper Union School of Architecture in New York. A member of the Voluntary Architects Network and winner of the Pritzker Prize in 2014, Ban’s innovative use of recycled materials has supported humanitarian efforts around the world. He is based in his native Tokyo and Paris.