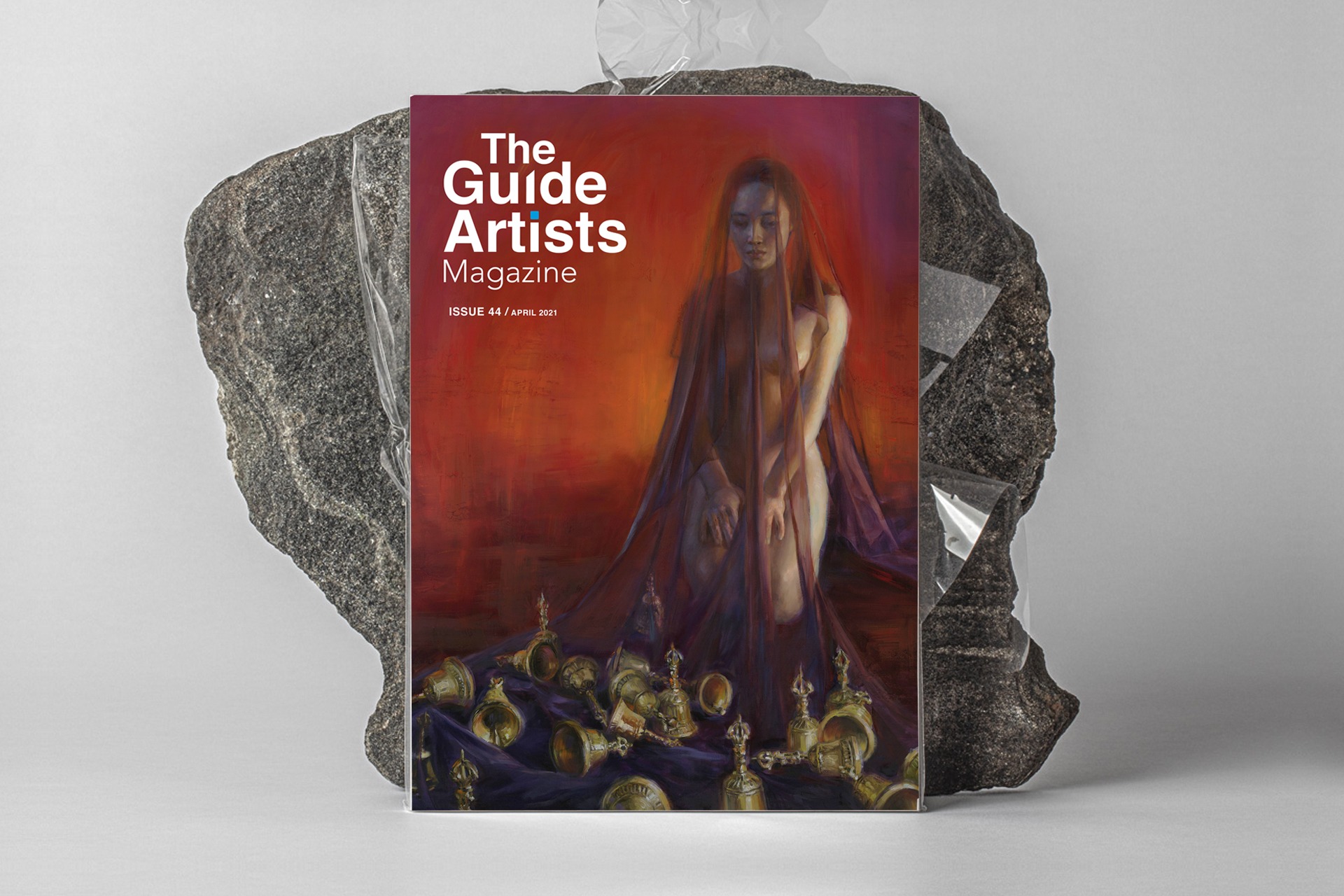 by The Guide Artists
Figurative, Magazine

A new spring is making its way into our magazine, with the start of this new season most artists are feeling more inspired, they are more positive and we have even noticed that they have more energy. So we are in the best phase and we always want more.

That’s what this 4th anniversary issue promises, because on the same day that this magazine comes out, we’re also launching the new website. So I personally invite you to discover the new and great portal of “The Guide Artists”, where you will not only see a new design change, but also enjoy the best art content, so that the hours fly by.

A new way and in it many more windows to open. We want to start creating synergies with other brands, because for us the most important thing is that the artist is always rewarded the way he deserves. We want to continue to meet and discover great artists like you, so now is the best time to define this new concept and take risks.

A universal language that feels through each piece of art, looks at you and connects you to your surroundings. Here begins a journey through emotions that will surely lead you to a state of happiness you can’t imagine.

Beautiful inside and out. 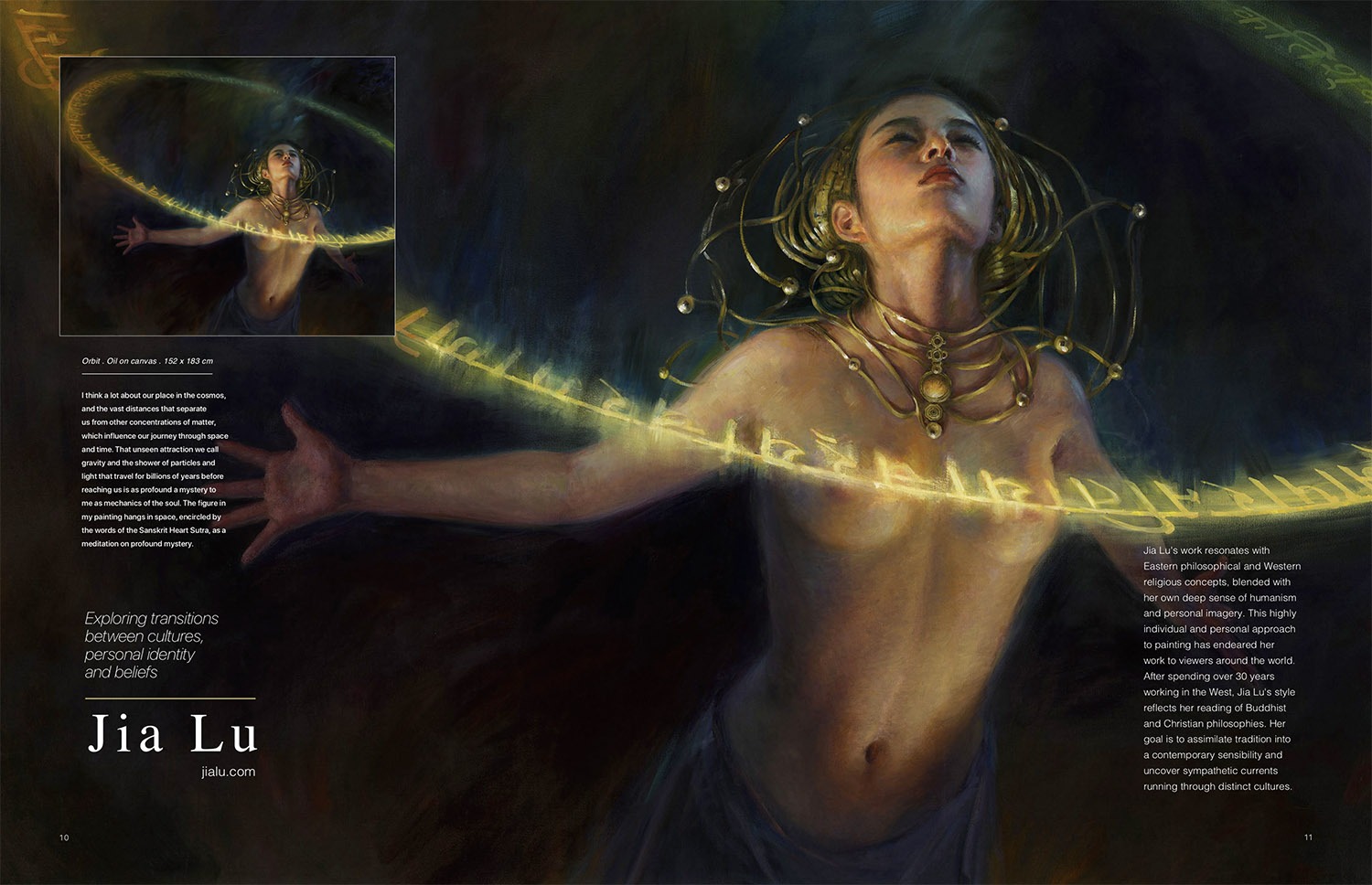 Jia Lu’s work resonates with Eastern philosophical and Western religious concepts, blended with her own deep sense of humanism and personal imagery. This highly individual and personal approach to painting has endeared her work to viewers around the world. After spending over 30 years working in the West, Jia Lu’s style reflects her reading of Buddhist and Christian philosophies. Her goal is to assimilate tradition into a contemporary sensibility and uncover sympathetic currents running through distinct cultures. 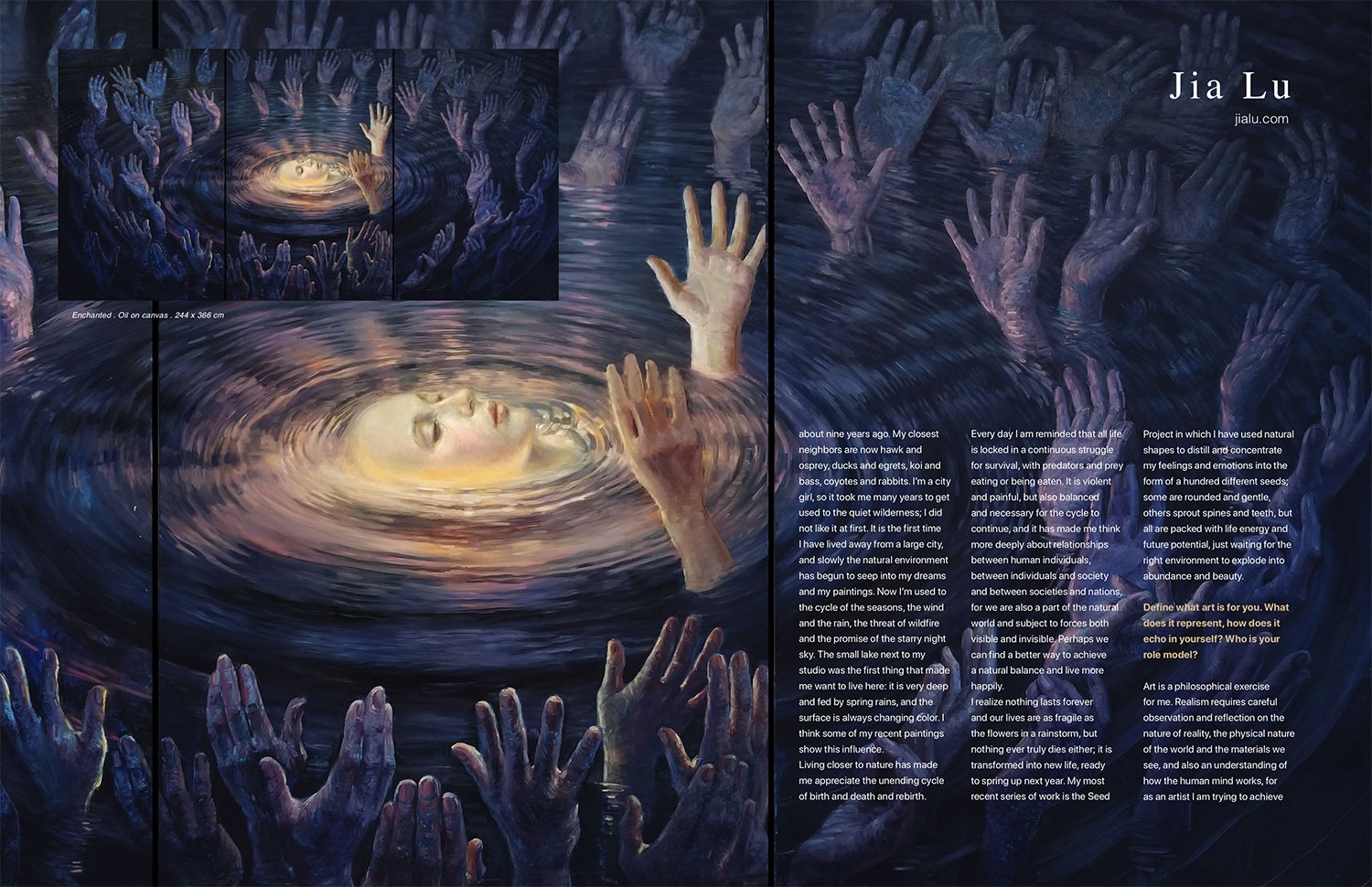 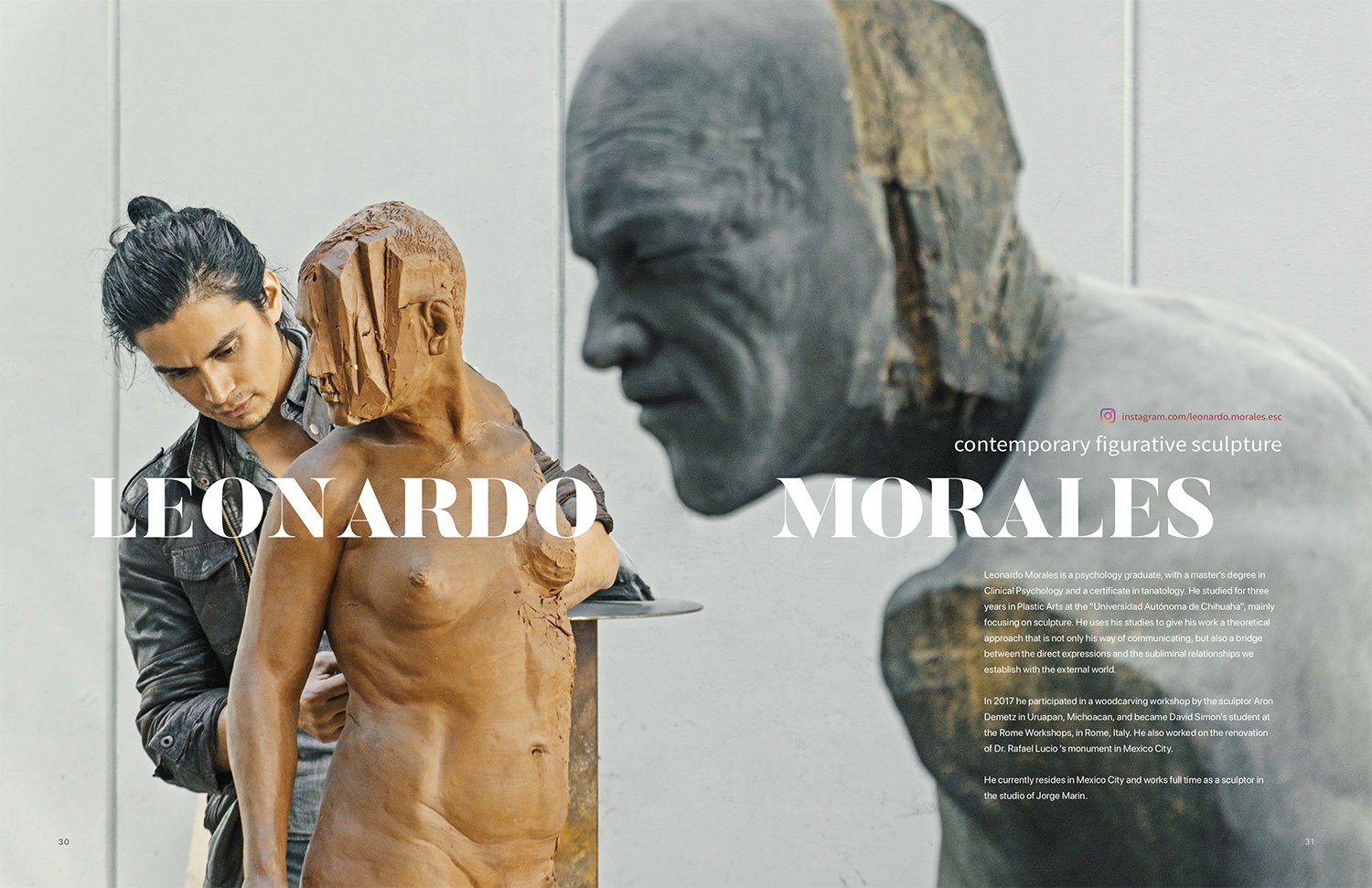 Leonardo Morales is a psychology graduate, with a master’s degree in Clinical Psychology and a certificate in tanatology. He studied for three years in Plastic Arts at the “Universidad Autónoma de Chihuaha”, mainly focusing on sculpture. He uses his studies to give his work a theoretical approach that is not only his way of communicating, but also a bridge between the direct expressions and the subliminal relationships we establish with the external world. In 2017 he participated in a woodcarving workshop by the sculptor Aron Demetz in Uruapan, Michoacan, and became David Simon’s student at the Rome Workshops, in Rome, Italy. He also worked on the renovation of Dr. Rafael Lucio ‘s monument in Mexico City. He currently resides in Mexico City and works full time as a sculptor in the studio of Jorge Marin. 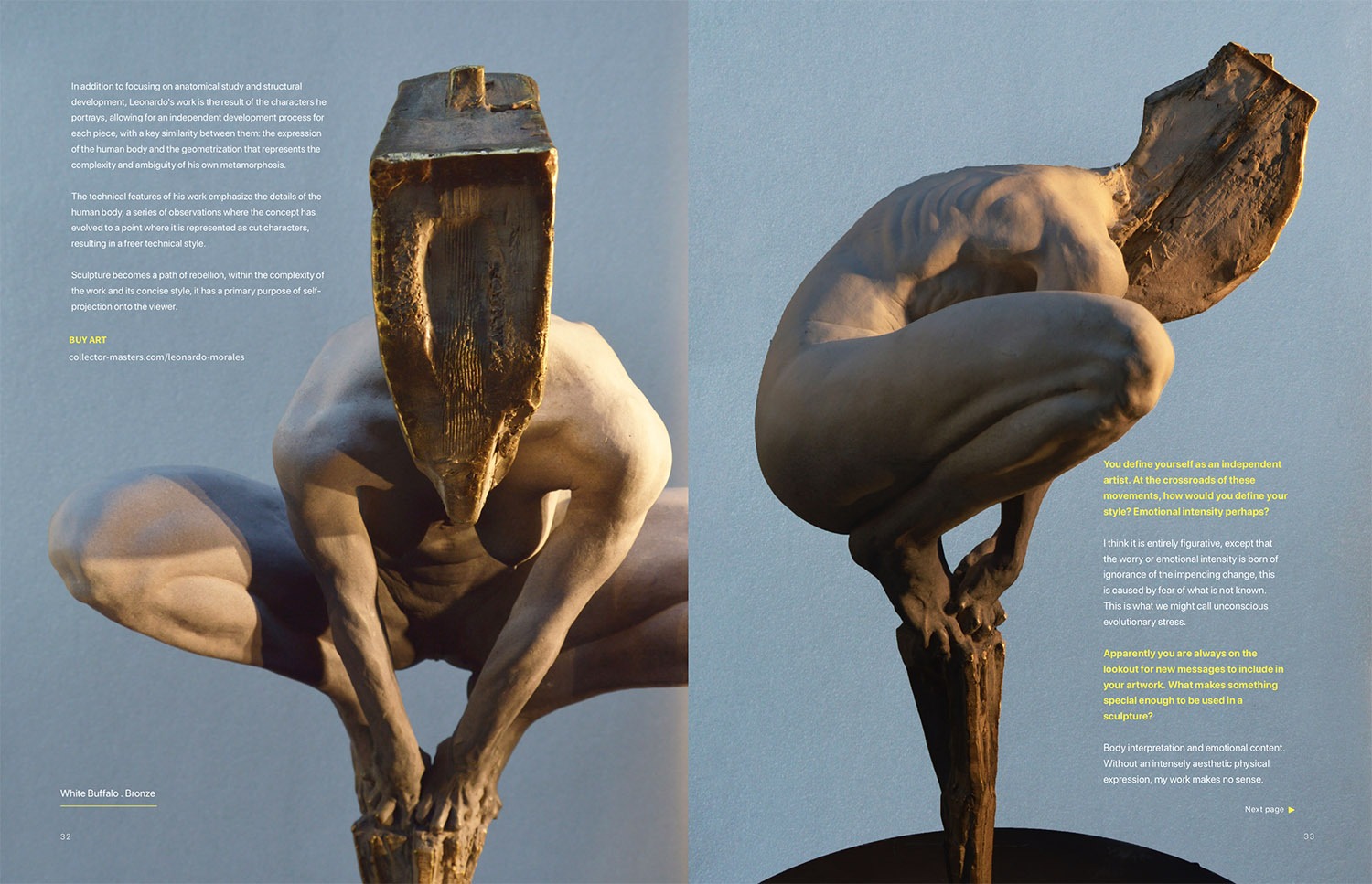 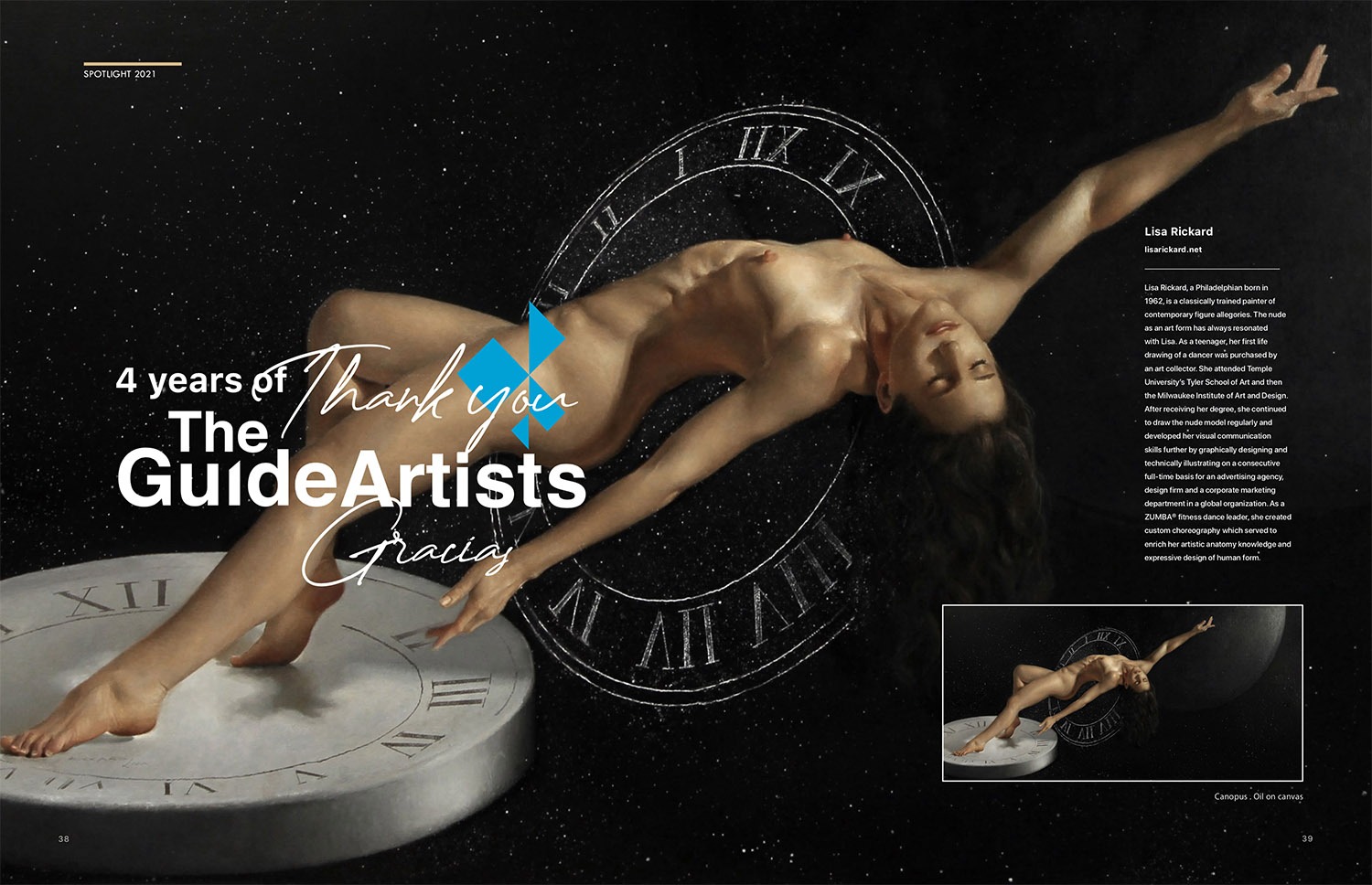 SPOTLIGHT 2021 . Lisa Rickard, a Philadelphian born in 1962, is a classically trained painter of contemporary figure allegories. The nude as an art form has always resonated with Lisa. As a teenager, her first life drawing of a dancer was purchased by an art collector. 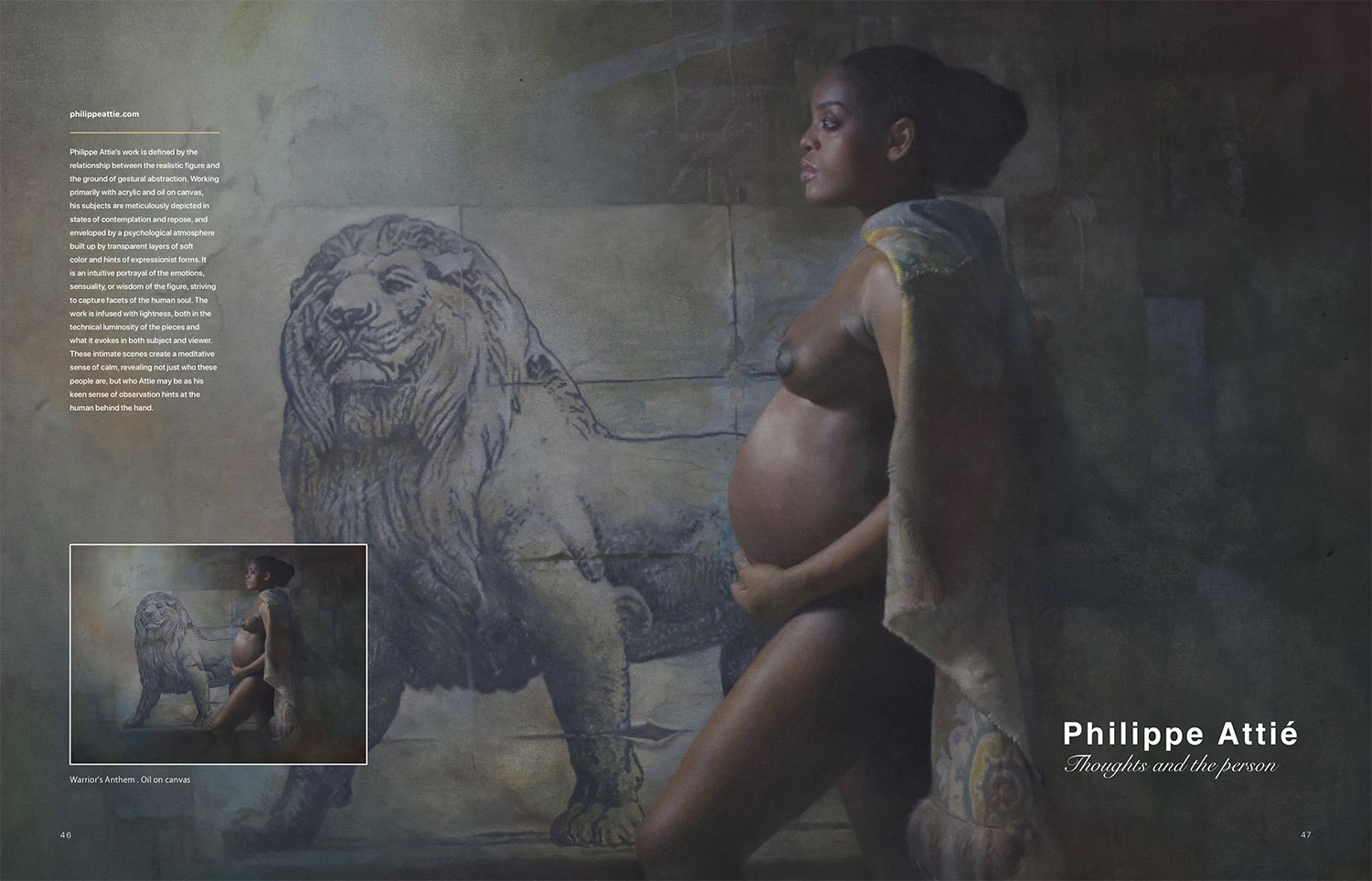 SPOTLIGHT 2021 . Philippe Attie’s work is defined by the relationship between the realistic figure and the ground of gestural abstraction. Working primarily with acrylic and oil on canvas, his subjects are meticulously depicted in states of contemplation and repose, and enveloped by a psychological atmosphere built up by transparent layers of soft color and hints of expressionist forms. It is an intuitive portrayal of the emotions, sensuality, or wisdom of the figure, striving to capture facets of the human soul. 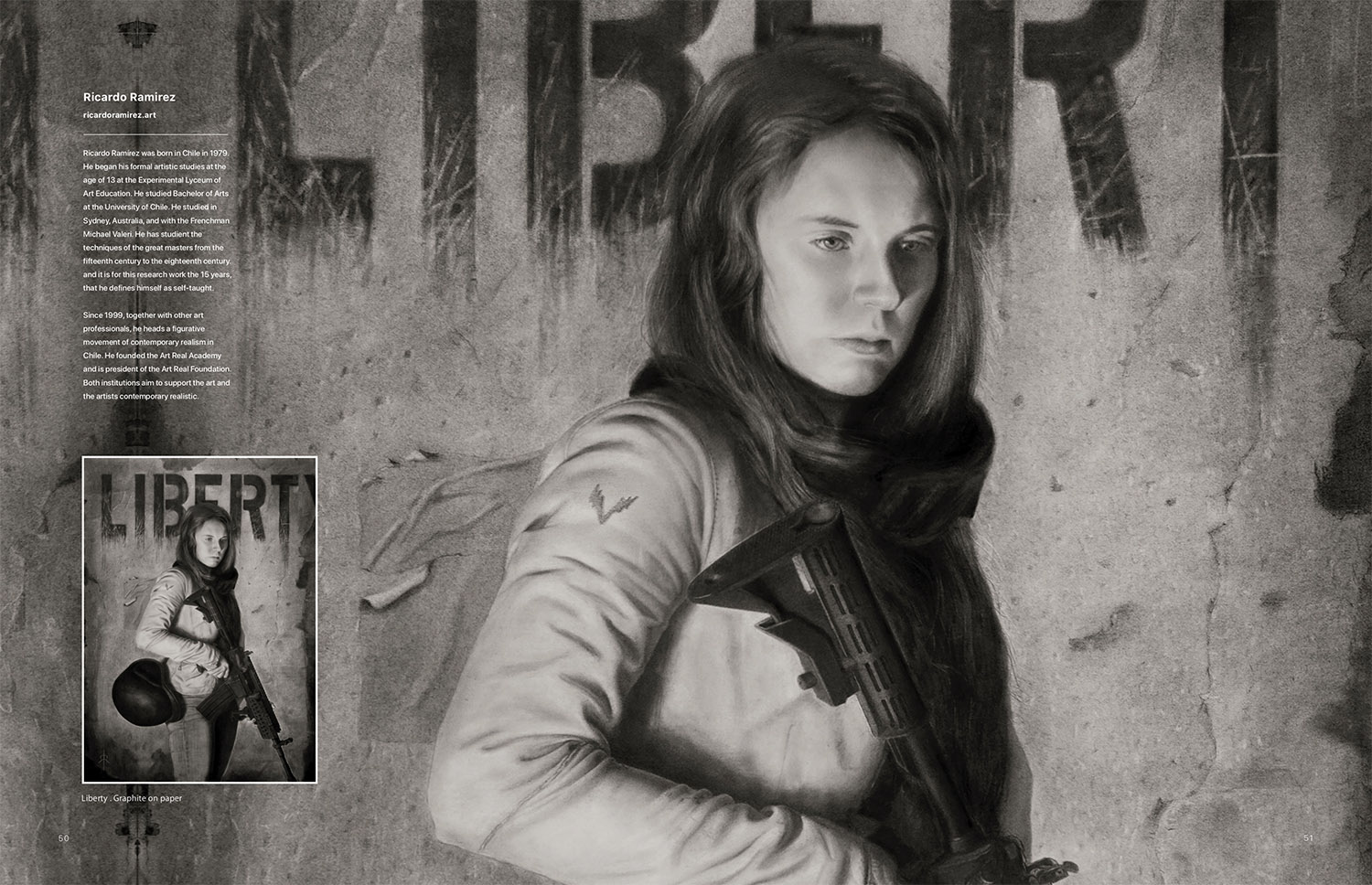 SPOTLIGHT 2021 . Ricardo Ramírez was born in Chile in 1979. He began his formal artistic studies at the age of 13 at the Experimental Lyceum of Art Education. He studied Bachelor of Arts at the University of Chile. He studied in Sydney, Australia, and with the Frenchman Michael Valeri. He has studient the techniques of the great masters from the fifteenth century to the eighteenth century. and it is for this research work the 15 years, that he defines himself as self-taught. 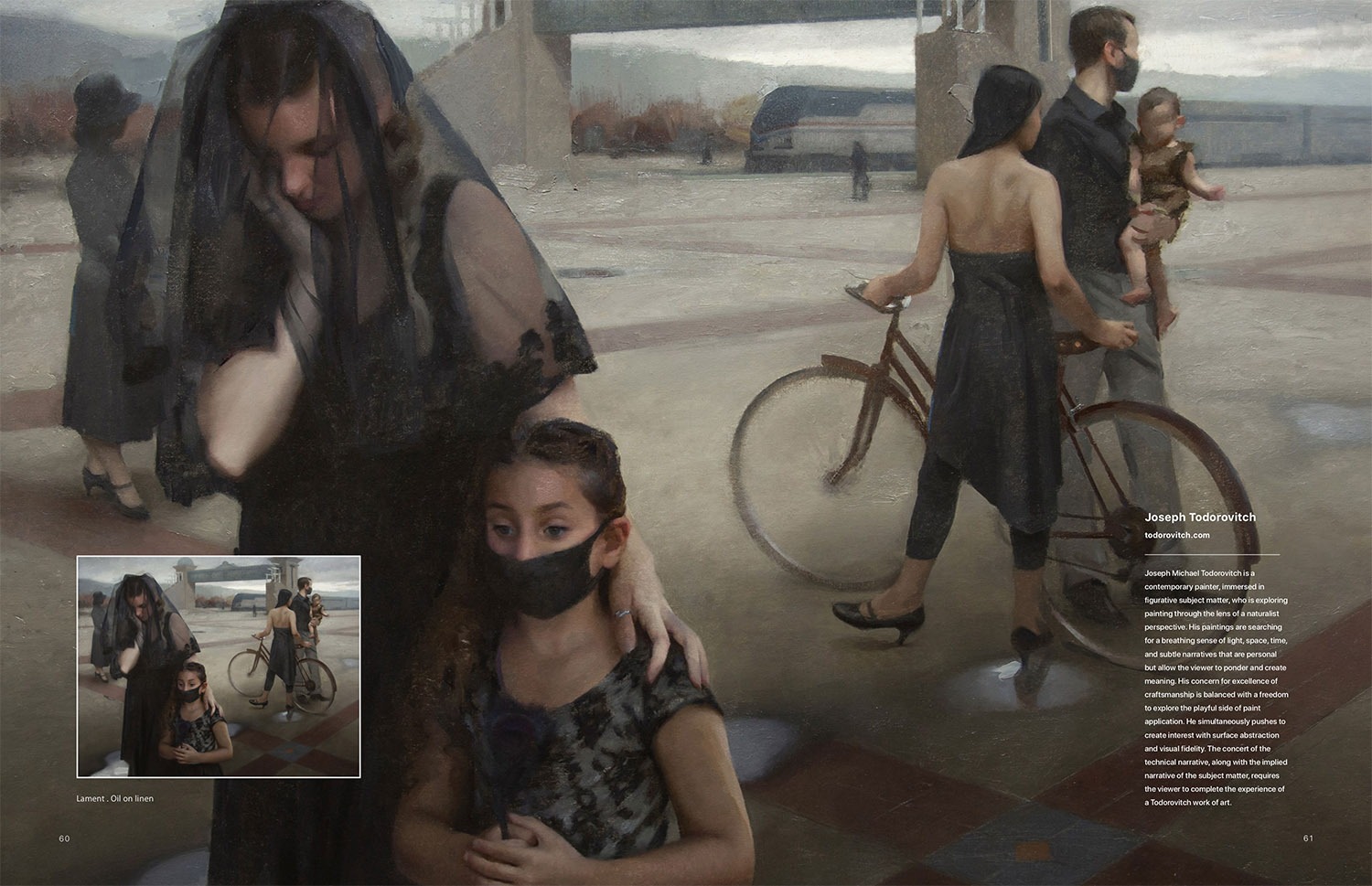 SPOTLIGHT 2021 . Joseph Michael Todorovitch is a contemporary painter, immersed in figurative subject matter, who is exploring painting through the lens of a naturalist perspective. His paintings are searching for a breathing sense of light, space, time, and subtle narratives that are personal but allow the viewer to ponder and create meaning. 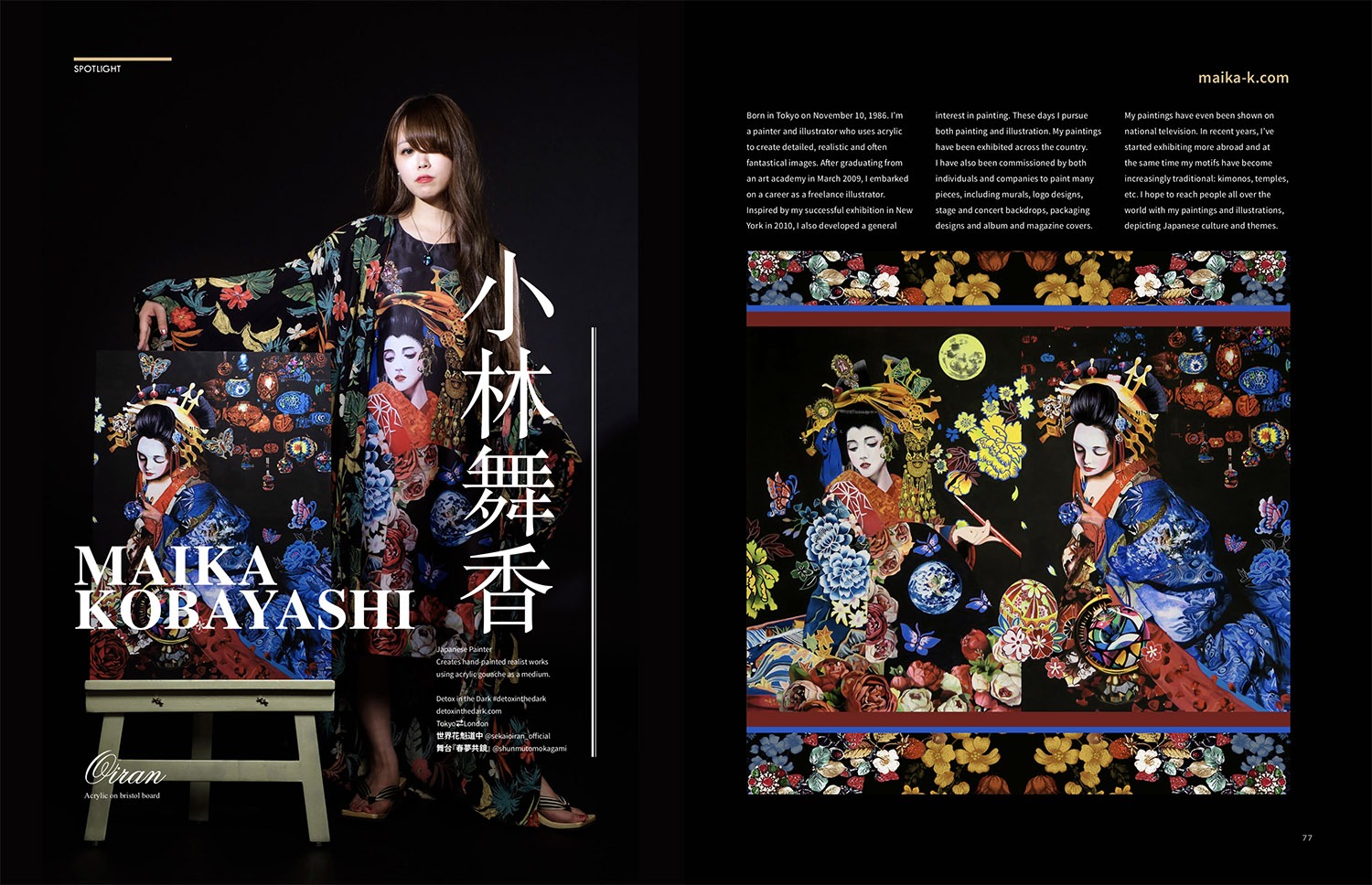 Maika Kobayashi | Born in Tokyo on November 10, 1986. I’m a painter and illustrator who uses acrylic to create detailed, realistic and often fantastical images. After graduating from an art academy in March 2009, I embarked on a career as a freelance illustrator. Inspired by my successful exhibition in New York in 2010, I also developed a general interest in painting. These days I pursue both painting and illustration. My paintings have been exhibited across the country. 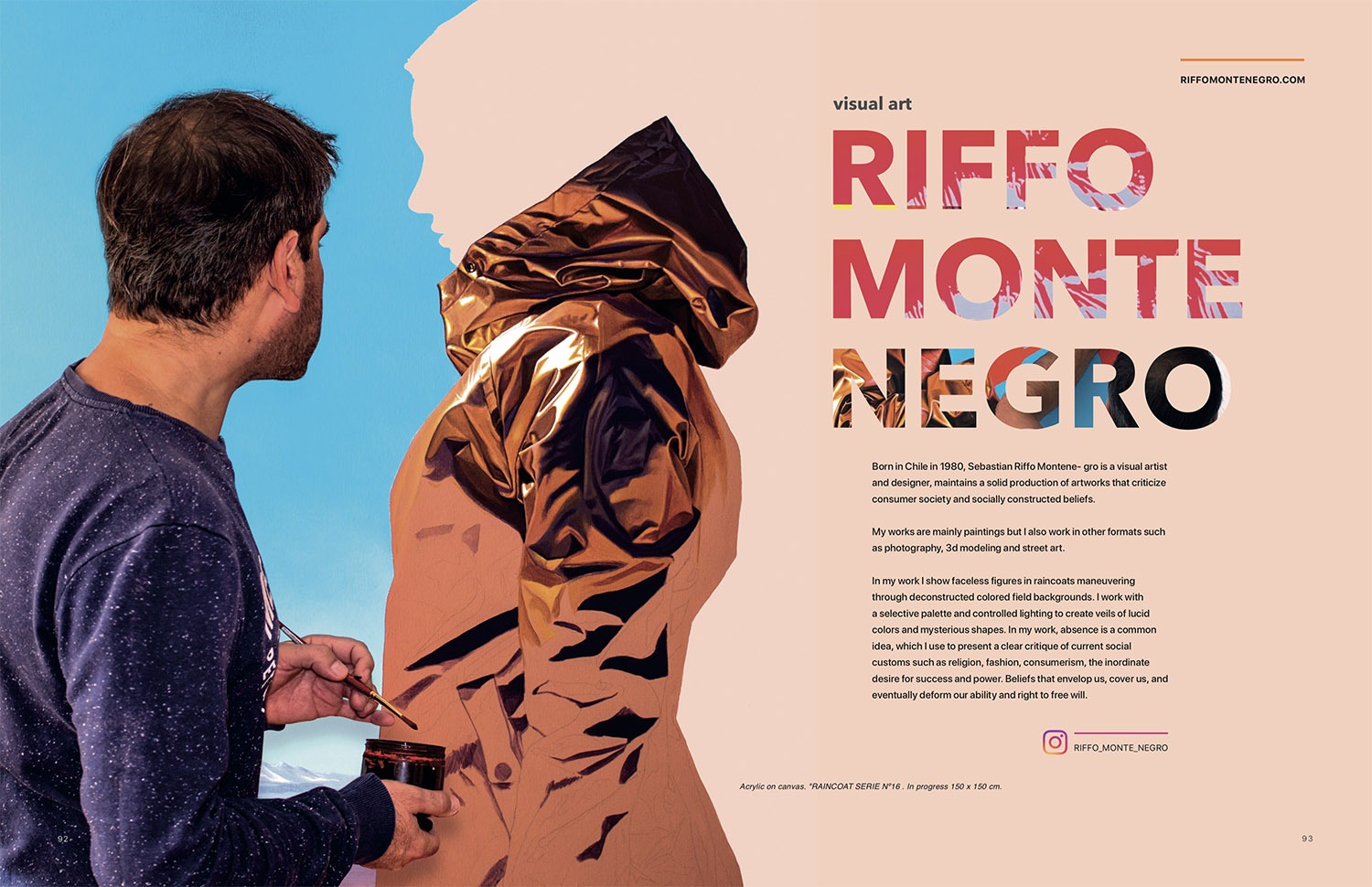 Sebastian Riffo-Montenegro artistic investigation is based upon the study on the existing relationship between image, message and receptor. By applying theories from anthropology, sociology and consumption behavior spheres, the artist’s technique accomplishes to express an elaborated critique on the culture of consumption and the creation of societal beliefs. 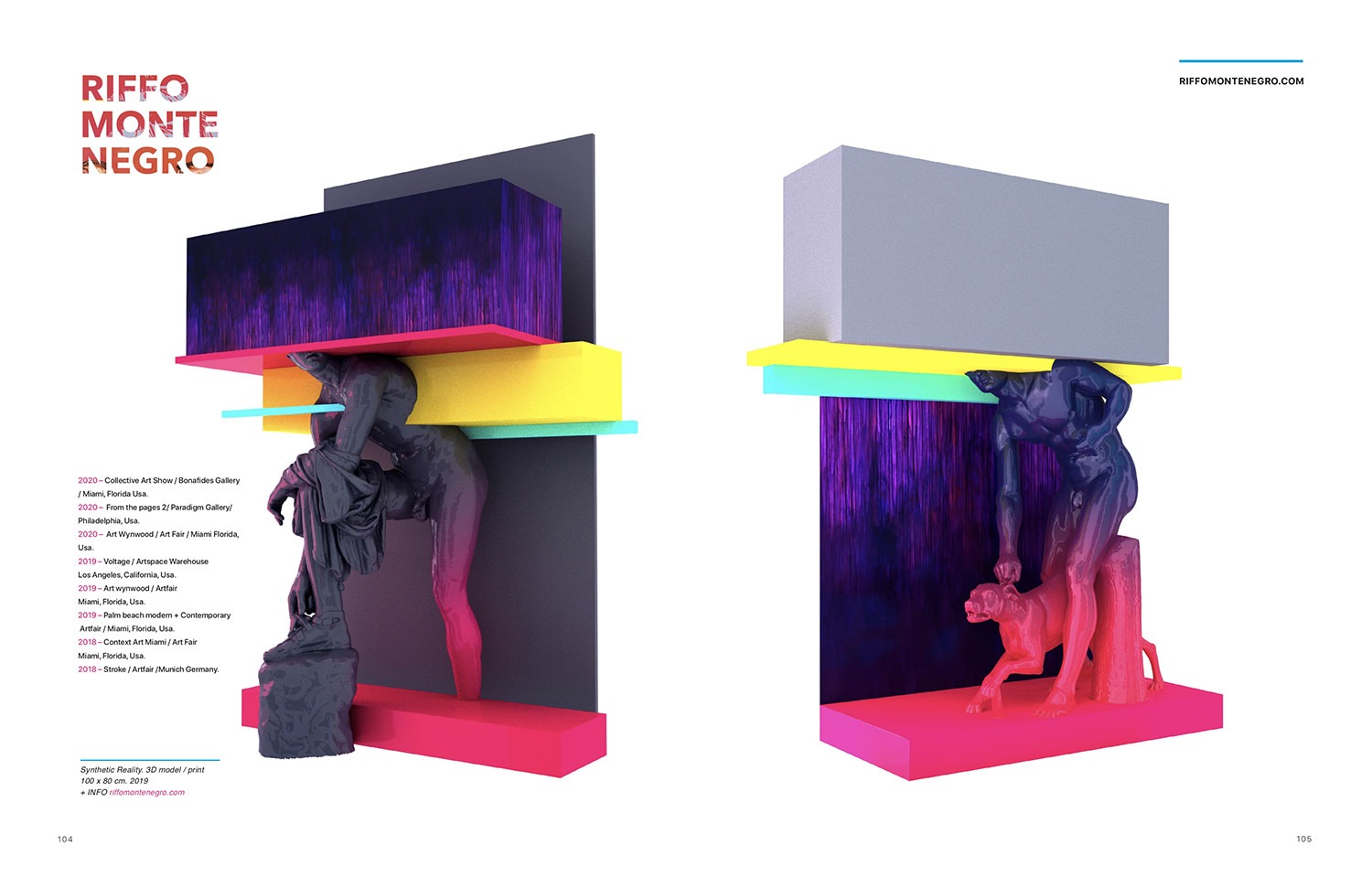 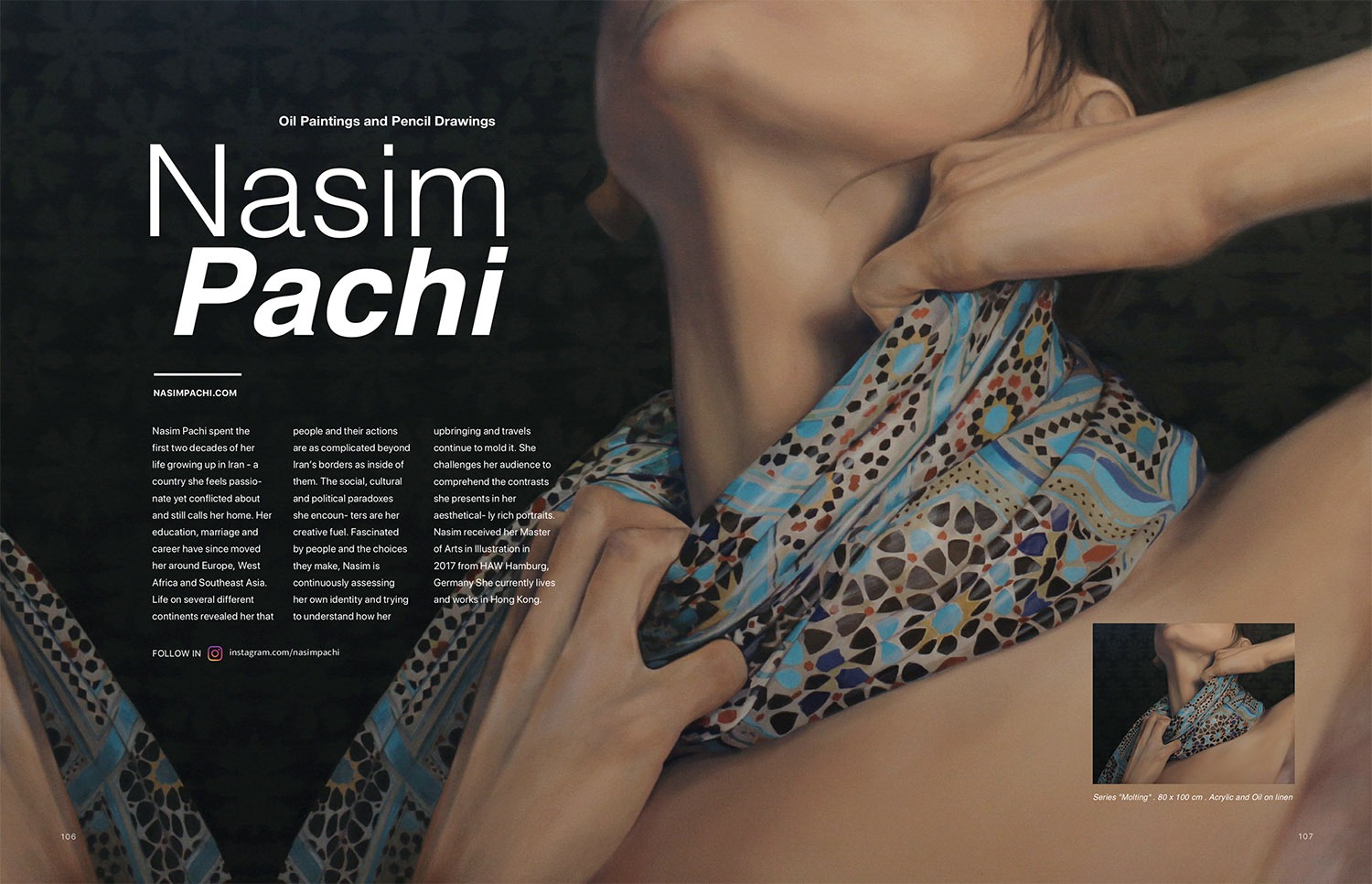 Nasim Pachi spent the first two decades of her life growing up in Iran – a country she feels passio- nate yet conflicted about and still calls her home. Her education, marriage and career have since moved her around Europe, West Africa and Southeast Asia. Life on several different continents revealed her that people and their actions are as complicated beyond Iran’s borders as inside of them. 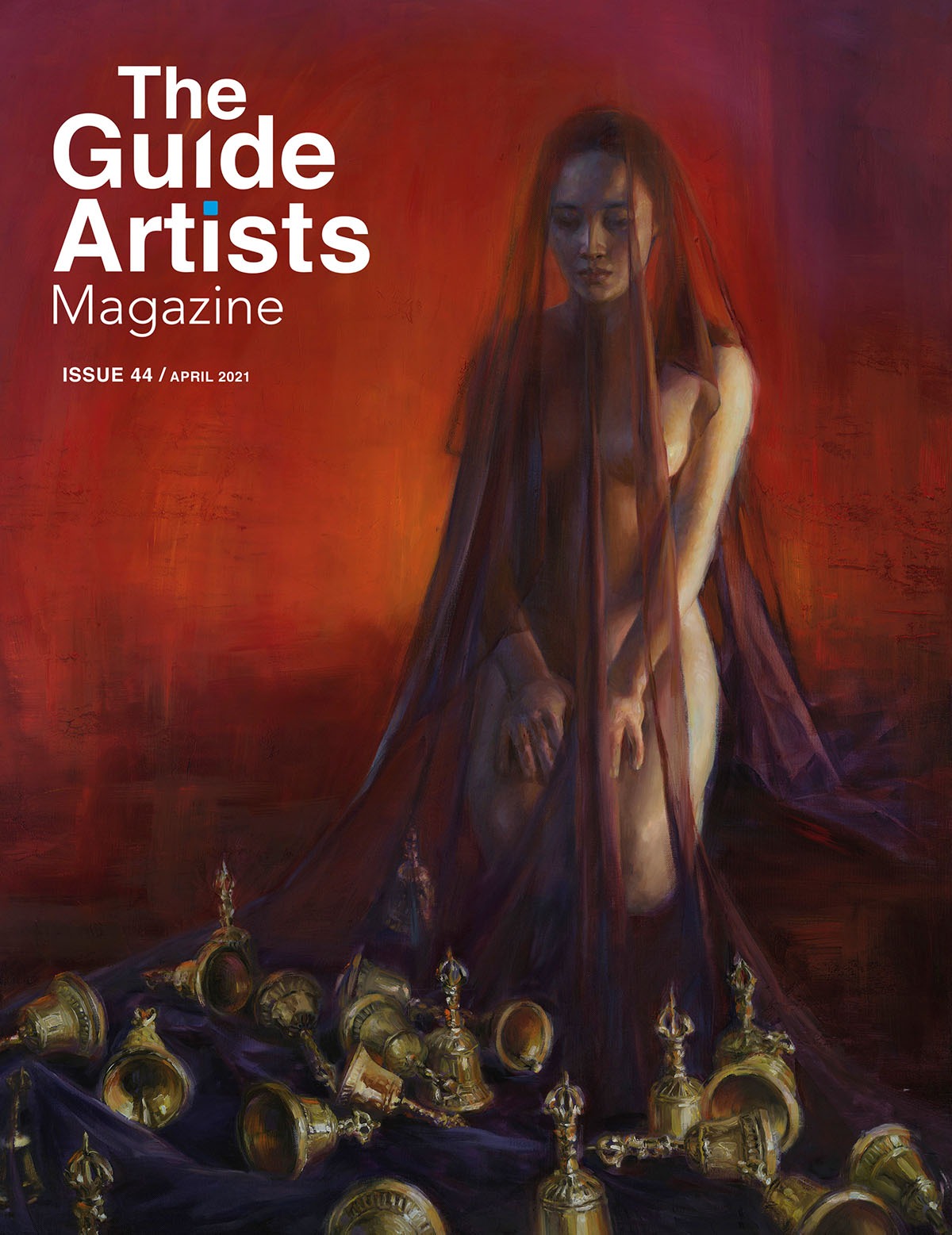 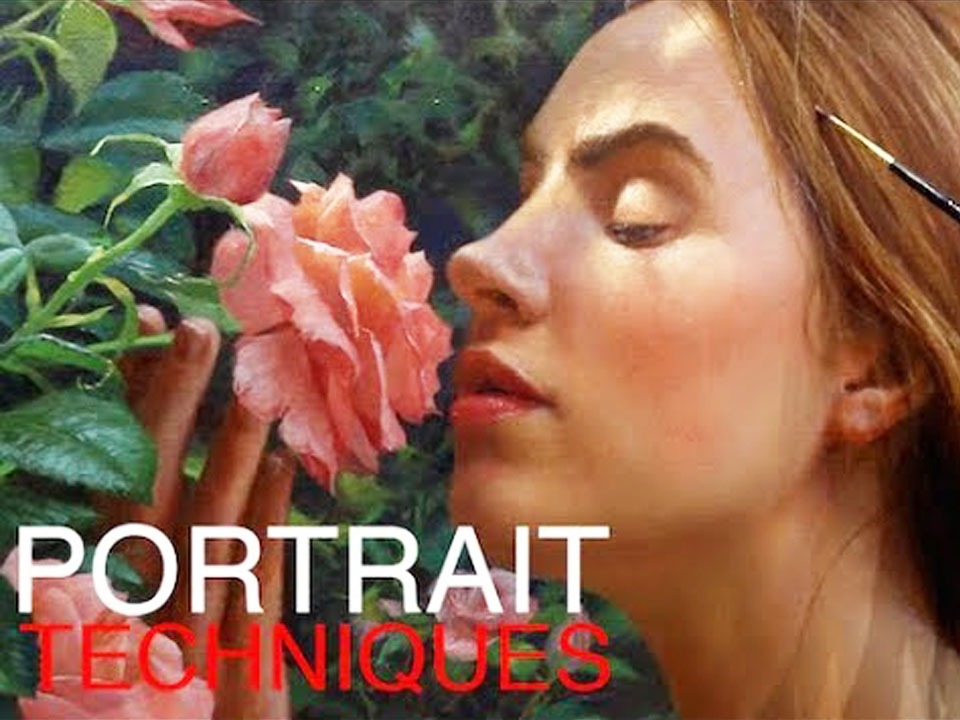 In this video, Andrew Tischler demonstrates techniques for getting started with your portrait.