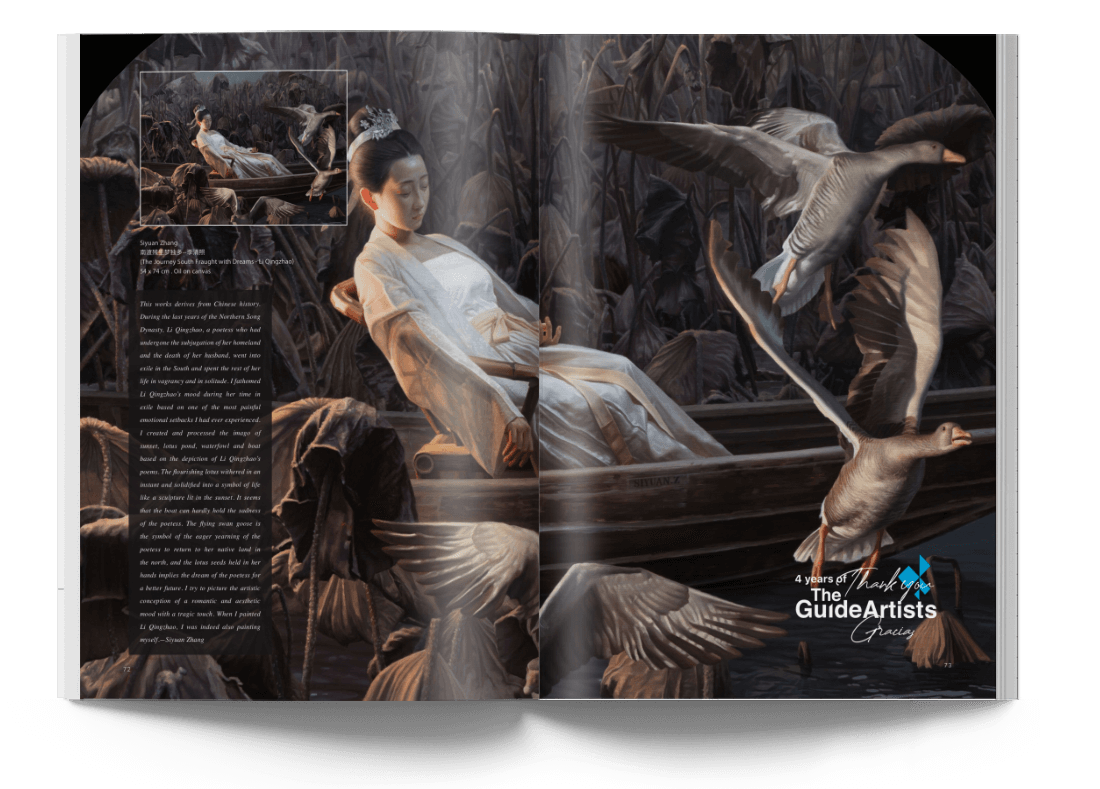 Zhang Siyuan, painter, was born in 1992 in Anhui Province, China.

This works derives from Chinese history. During the last years of the Northern Song Dynasty, Li Qingzhao, a poetess who had undergone the subjugation of her homeland and the death of her husband, went into exile in the South and spent the rest of her life in vagrancy and in solitude. I fathomed Li Qingzhao’s mood during her time in exile based on one of the most painful emotional setbacks I had ever experienced. I created and processed the imago of sunset, lotus pond, waterfowl and boat based on the depiction of Li Qingzhao’s poems. The flourishing lotus withered in an instant and solidified into a symbol of life like a sculpture lit in the sunset. It seems that the boat can hardly hold the sadness of the poetess. The flying swan goose is the symbol of the eager yearning of the poetess to return to her native land in the north, and the lotus seeds held in her hands implies the dream of the poetess for a better future. I try to picture the artistic conception of a romantic and aesthetic mood with a tragic touch. When I painted Li Qingzhao, I was indeed also painting myself.—Siyuan Zhang